What’s the last horror game that unnerved you? One that really got under your skin? Remember the days of playing Silent Hill or Resident Evil late into the night with friends, scaring yourself silly?

The Glass Staircase is a homage to those days long gone. It is an indie take on PlayStation 1 era survival horror. Built around a 70’s Italian horror aesthetic, Glass Staircase puts the player in control of one of five different girls in a house. The house informs the girls what to do each day, and that compliance and good behavior will reward the girls with returning to their families. Good girls follow orders. Good girls take their medicine. Each day, the player gets to take control of one girl, as they begin to explore the house they are confined in, completing their task while trying to unravel hints of a larger mystery at hand. These hints are told predominantly through written notes found around the play area. 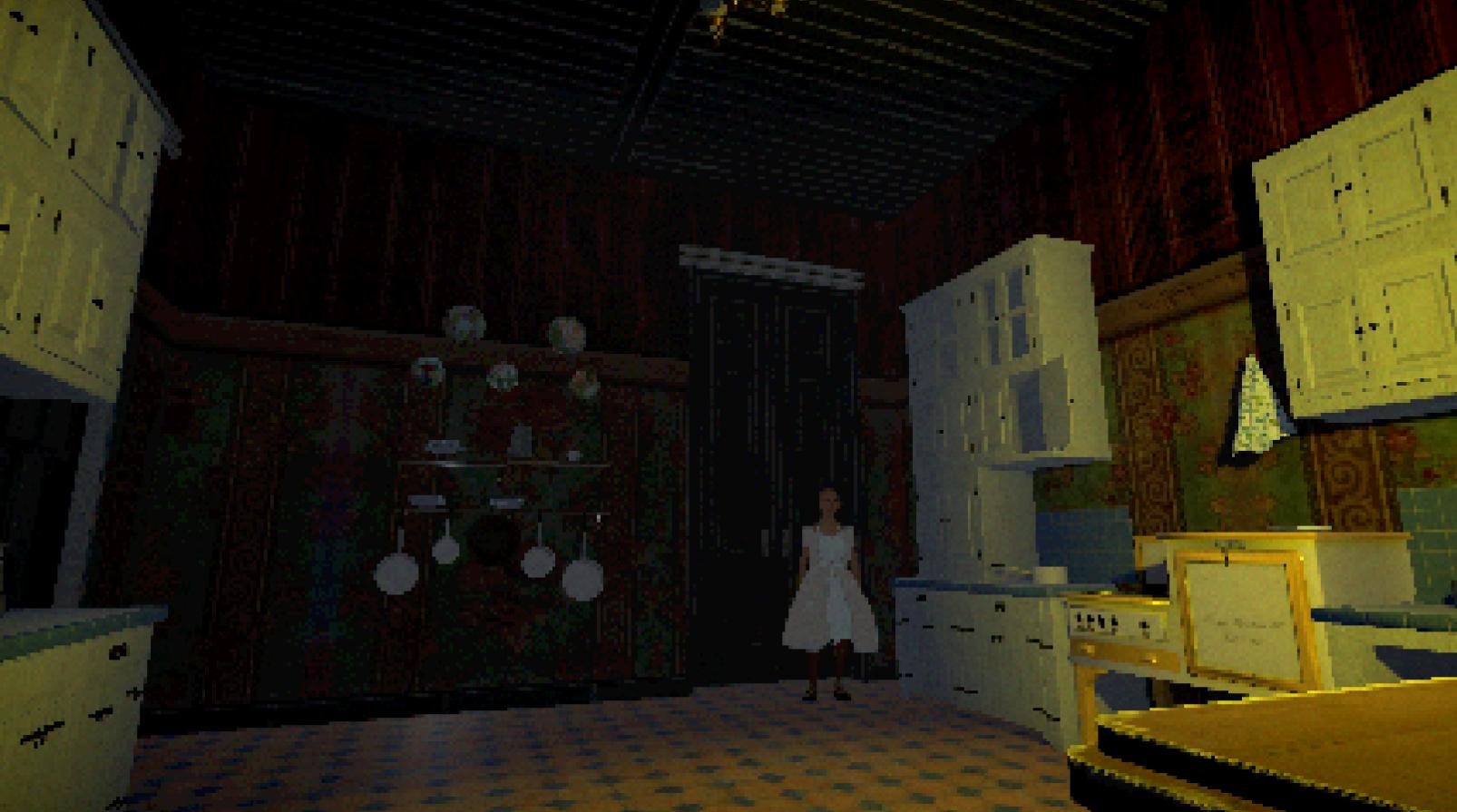 The majority of the story is told this way, through notes and the occasional cut scene. This is a good time to talk about the visual style, as it is very grainy by design. The VHS style bleakness creates a new dimension of character for the game, and kudos to PuppetCombo for building in a variety of styles of visual, as players are able to choose from a number of overlays that fit the game.

The use of space is particularly impressive, as no two days tread the same paths, each exploring a different area of the house and grounds, allowing for smaller level spaces and confined exploration that actually feels unconfined. The Hedge maze in particular finds ways to disorient you and make you feel that you have been walking for an eternity. 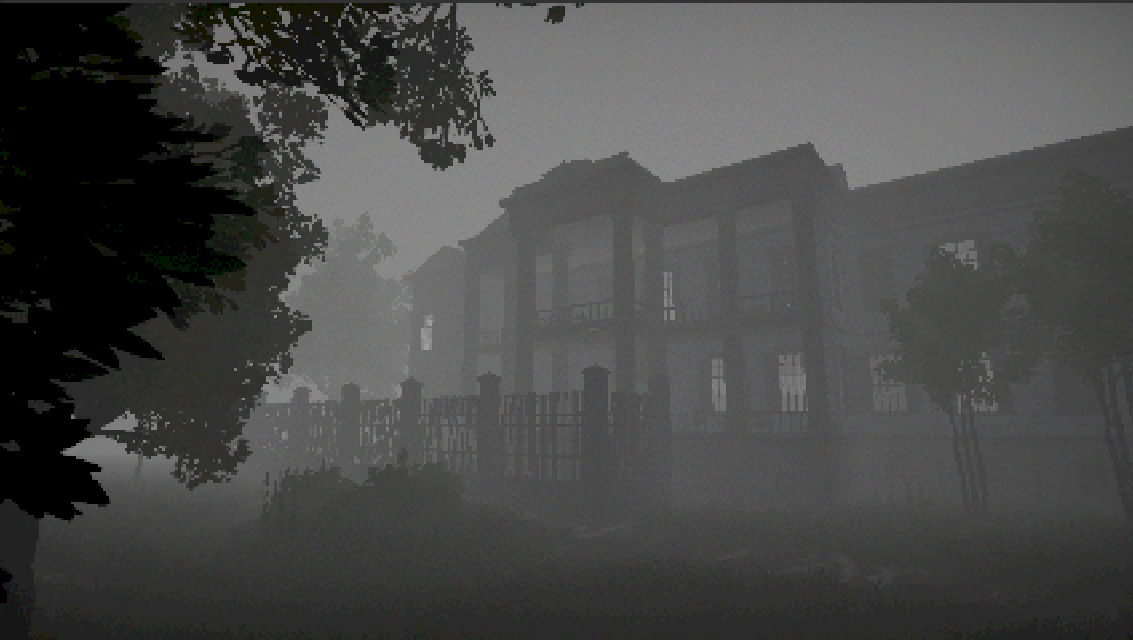 The camera angle switches every time you reach the boundary of the frame, as if it’s a stage play. Reach the edge, you have a new angle to work with, adding to the dizzying quality of this game. Couple this with the soundtrack, using a quiet score throughout, as well as eerie noises and they ever so often blood curdling scream and your hands won’t be still again.

The story progresses quite nicely, wrapping up each day with a tension, and often a scare. The first one in the game put me on edge, that I refused to stare directly at the screen when opening doors for the rest of the game. A combination of a well placed scare, and the volume far too high on my headphones just about killed me. I don’t want to give too much away about the game’s story and character design, because it’s something that needs to be experienced. In a brief chat with the game creator, PuppetCombo, they mentioned that they strive to create games with a play time that fits around a feature movie length, which for a story based game is perfectly paced. Glass Staircase is right around there, as you can finish it in around an hour or so. 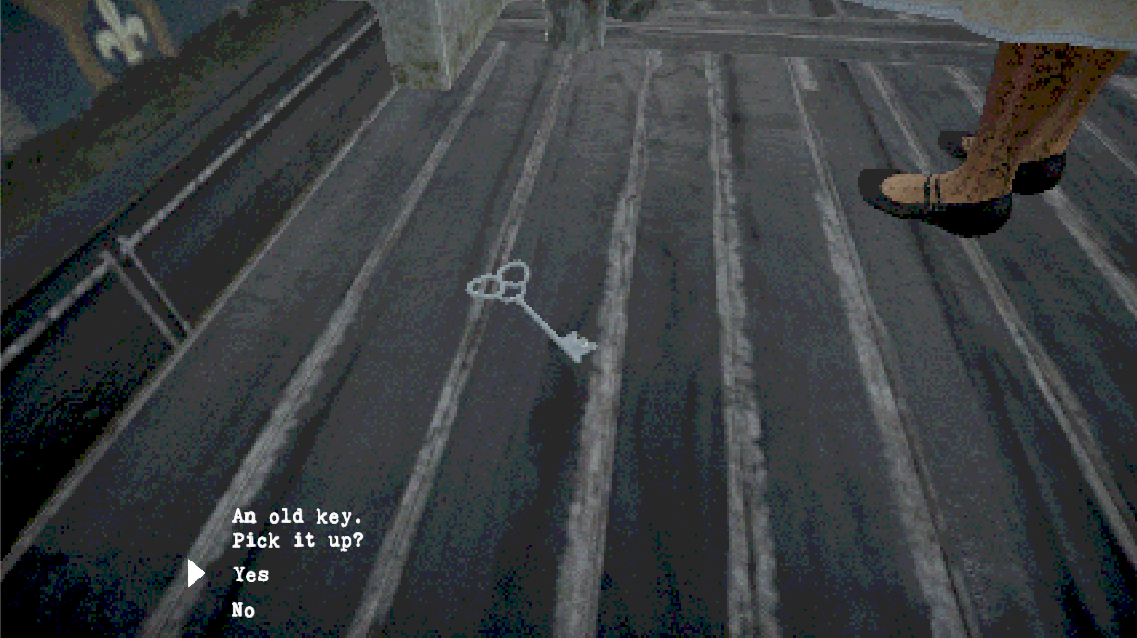 The controls take a bit of getting used to, but the developer has placed multiple options for control schemes that allow for any style of play. The nice thing about these games is that they can be played on just about any old thing you can find, which brings the accessibility way up. It isn’t graphically demanding and that really works for it as well.

I’ll admit I am new to PuppetCombo’s games, having admired from afar for a while now, but Glass Staircase is a phenomenal jumping off point for anyone who wants to play an awesomely nostalgic, truly nightmarish, survival horror game. It pushes the boundaries of what experimental games should be, and I really hope it sets a bar for PuppetCombo and other horror developers in the future for these independent games. In terms of story, playability, and value, this one is aces all the way around. 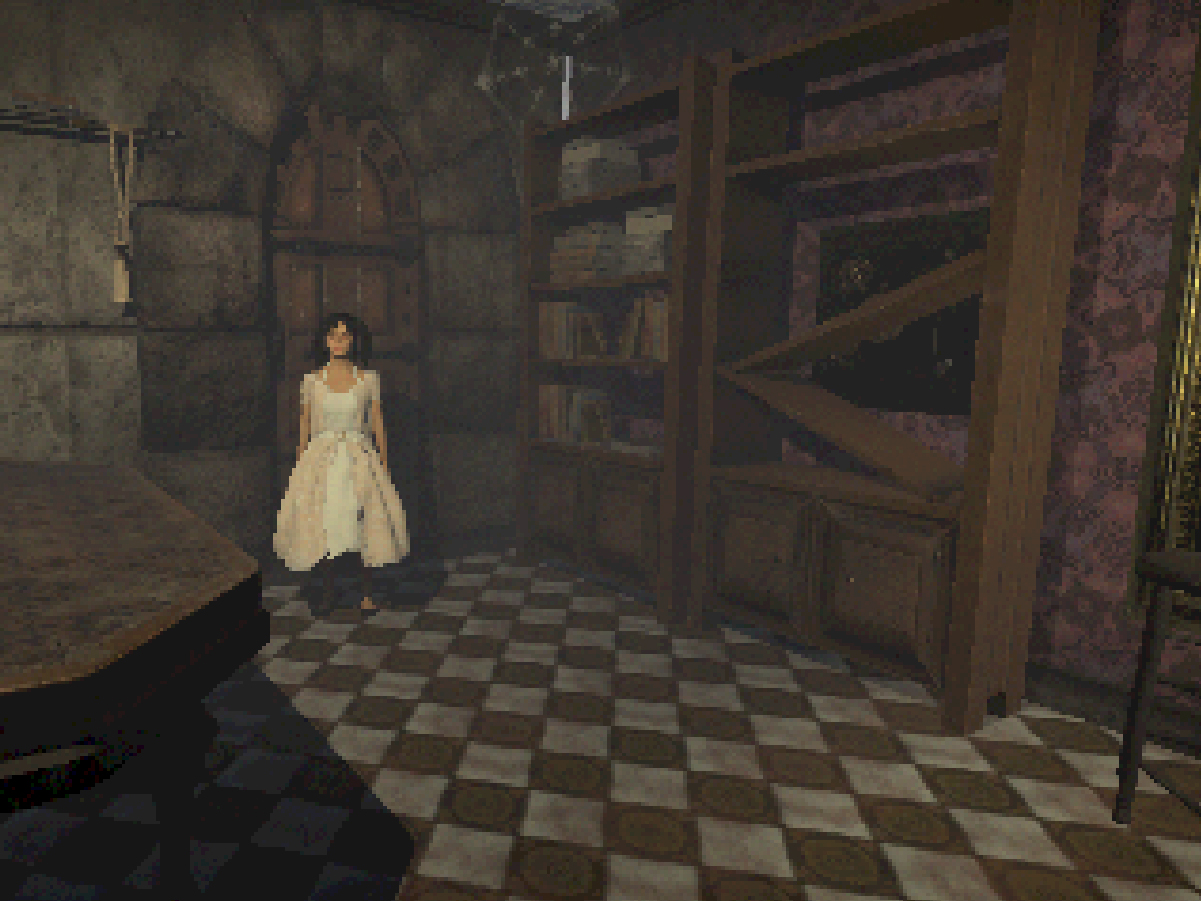 ABOUT:The Glass Staircase is a 2019 survival horror game created by Puppet Combo. It is inspired by PS2 survival horror games (Silent Hill, Rule of Rose, the Clock Tower series) and Italian zombie movies. Specifically Burial Grounds: Nights of Terror, House by the Cemetery and The Beyond

STORY:It’s been a long time since you’ve seen your parents, hasn’t it? Not to worry, girls. Just listen to the voice on the intercom. Do what they say. They’ve provided you a home. They’ve provided you food. They will make you into good girls. This old house has never treated you wrong, now has it? Now be good girls, all of you. The Master will need you to be strong during these troubling times. Remember: Good girls take their medicine. Good girls do their chores. Good girls go home.

FEATURES: Explore the rotting mansion on the English countryside as a number of young servants expansively! Who could guess what you might find in each decrepit room… Be very careful; you never know what might be lurking around every corner, just out of sight, quietly watching from the darkness. Use your eyes and ears as you explore, some notes or items may be hidden. Prepare a dark room for your time with The Glass Staircase. Don’t rush yourself. Put yourself in the shoes of the girls you play as. None of them want to die.